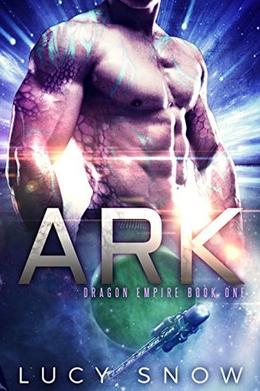 RELEASE PRICING $0.99!
Their only hope for survival is to stick together…

Melissa Crane has been preparing for this meeting for years. As personal aide to Ambassador Fuller of Earth, she journeys into space to meet the elusive envoys of the Kreossian Empire as they prepare to invite Earth into their Commonwealth.

When an explosion forces Melissa and Ark, a mysterious and powerful Kreossian warrior, to crash land on a nearby planet, Melisa realizes she may be in way over her head, and not just because the planet is trying to kill her…

Ark is one of the most feared warriors of the Kreossian Empire, known throughout the galaxy for his ruthlessness. He has pillaged massive planets all in the name of two things: serving the empire and finding his mate.

Now he finds himself stuck on a mysterious jungle world, alone with a human woman who turns him on like no other female ever has before.

Together they must survive the deadly planet, repair their ship, and find the necessary fuel to escape, all while being hunted by the planet’s inhabitants - the deadly and fearsome ghost wolves.

Along the way, Ark and Melissa must confront their growing feelings for each other - can Melissa be with a man who understands her so little? Can Ark be with a woman who challenges him so much?

And even if they do escape the clutches of the mysterious jungle planet…will it be in time to save Earth from destruction?

Ark is 63,000 words, and the first book in a series of scifi romance novels, following Kreossian warriors and the human women that love them. The book contains plenty of love, hardcore warrior lords, lust, and epic battles - so if that's what you love, you've found the right read! These books can and should be read standalone, there are no cliffhangers and each book contains a guaranteed HEA!
more
Amazon Other stores
Bookmark  Rate:

Buy 'Ark' from the following stores: