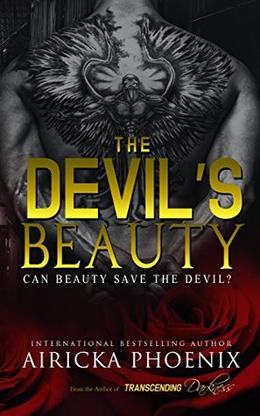 Dimitri Tasarov has never had a choice in what he was. From infancy, he had been raised with the knowledge that he was a monster, an unlovable creature without a soul, until a single act of kindness threw his entire world into a tailspin.

Ava Emerson had always led a reluctantly sheltered existence. Friendship was a luxury that came with questions she couldn’t afford to answer.

They were an unlikely pair. He lived behind his mask and his roses, and she lived behind her secrets, yet they shared a bond that could get them killed if anyone ever found out.

Times were changing. The city was in turmoil. The weak were unprotected and someone needed to make a stand. But Dimitri wasn’t the only one with eyes on the north, or Ava, and they will stop at nothing to claim them both.

Can Dimitri keep Ava safe, or will the devil fall?

This book is NA and intended for a mature audience.
This is part of an Interconnected Standalone. It's not necessary to read them in order.

'The Devil's Beauty' is tagged as:

Similar books to 'The Devil's Beauty'

Buy 'The Devil's Beauty' from the following stores: