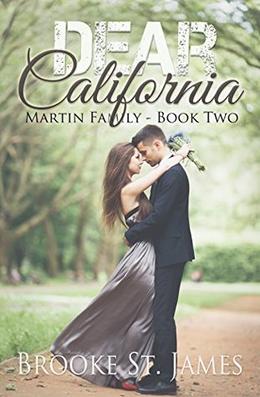 Martin Outfitters had a potentially lucrative partnership in the works with a clothing company based in California. A face-to-face meeting with the owner was all they needed to seal the deal. Cole Martin was confident he could take care of business, and he offered to make the trip.

When his father suggested he take a vacation on the West Coast after the meeting, Cole refused. He was solely focused on securing the partnership so he could get back home. He had no intentions of taking a vacation, much less building lasting personal relationships or experiencing life-changing events while he was there.

Everything was going according to plan until he met Olivia.

"Rescue me," was the first thing she said to him, and well, with Cole being a Southern gentleman and all, that was exactly what he did.
more
Amazon Other stores
Bookmark  Rate:

'Dear California' is tagged as: