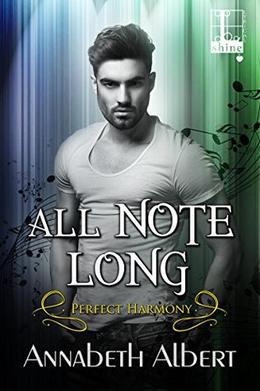 Michelin Moses is a country music star on the rise. With a hit single under his Texas-sized belt buckle and a sold-out concert tour underway, his childhood dreams of making it big are finally coming true. But there’s one thing missing—a promise to his dying mother that he’d find it— him —when the time was right. With a little luck, he won’t have to wait too long . . .

Lucky Ramirez is a hunky boy toy who dances at The Broom Closet, one of West Hollywood’s hottest gay bars. He loves what he does, and he’s good at it—almost as good as he is at playing dumb when he spots Michelin Moses at the bar. What happens next is off the charts—and keeps Michelin coming back for more. He’s just not sure it’s the right move for his career. But if Lucky gets his way, Michelin will get Lucky—and no matter how the media spins it, neither of them will be faking it . . .
more
Amazon Other stores
Bookmark  Rate:

'All Note Long' is tagged as:

Similar books to 'All Note Long'

Buy 'All Note Long' from the following stores: