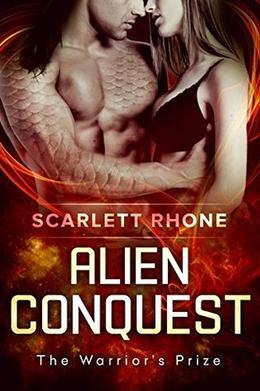 As a paramedic, Alaina Stafford knew that every shift would have its surprises. But being abducted by alien slave traders? There’s no amount of preparation for that kind of surprise.

Before she can wrap her head around it, Alaina is sold at a high-dollar auction to be the new “donara” for a powerful, wealthy Errai family. It doesn’t take long to find out what a “donara” is…it’s the reward for the gladiator who wins in the Arena.

Alaina is to be the victor’s prize.

Vega is the House favorite among the slave warriors, and crowds come from across the galaxy to watch him in the Arena. Unlike the other fighters, he’s not swayed by the promise of winning this strange human woman. His real prize—his freedom—is within his grasp, and he won’t be distracted from the chance to return home by some fragile but exotic beauty from a planet called Earth.

But there’s a vicious political power play at hand, and both Vega and Alaina stand to lose everything. Thrown together and forced to rely on each other, they soon realize that love may actually be worth dying for.
more
Amazon Other stores
Bookmark  Rate:

'Alien Conquest (The Warrior's Prize)' is tagged as:

Buy 'Alien Conquest (The Warrior's Prize)' from the following stores: