Getting off the Ground (Changing Plans #1) 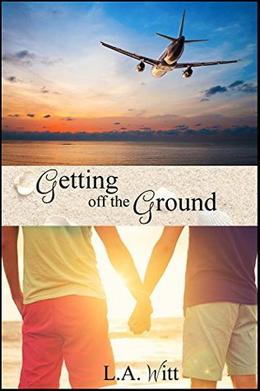 After being stood up at the altar, compulsive over-planner Elliott Chandler decides to turn their honeymoon on Oahu into a vacation for one. Fate puts a hitch in his plans, however, when the airport is snowed in and his flight is delayed.

In the airport, the jilted groom catches the eye of another stranded traveler: the laidback and very sexy Derek Windsor. Derek breaks the ice and strikes up a conversation, and as the temperature drops outside, the heat between them rises. Pity they’re both going to different islands, but if their flight doesn’t leave soon, Mr. Calm-and-Cool may just tempt Mr. Play-It-Safe to do something reckless.

And that plane isn’t going anywhere any time soon.

This 20,000 word novella was previously published and is also available as part of the Changing Plans collection.
more
Amazon Other stores
Bookmark  Rate:

'Getting off the Ground' is tagged as:

Similar books to 'Getting off the Ground'

Buy 'Getting off the Ground' from the following stores: