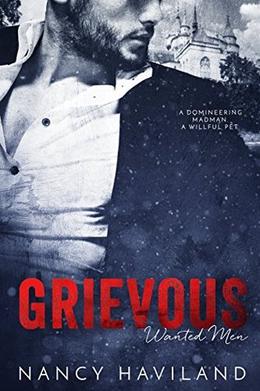 Yasmeen Michaels’ first hours of life were spent nestled in a cloud of dirty blankets on the front stoop of an orphanage in the Bronx. Even though rejection and loneliness peppered her life, she still fought hard enough to step out of her past a free, independent woman with a bright future ahead of her. Darkness descends when a shocking ripple in the organized crime world sends a grieving Romanian mobster back into her life. Yasmeen wakes to find herself in a centuries-old castle in Romania; claimed not as Lucian Fane’s lover…but as his pet.

Lucian Fane is at ease in his place of power. He unapologetically lords over his business empire right alongside his criminal one. But when tragedy dares to cross his threshold, Lucian is sent into a tailspin and soon finds himself toeing the line between sanity and freedom. With his conscience gone, and in a bid to save his city from his wrath, he plucks an exquisite distraction from her world and tucks her away in his. Only then does he allow his demons free reign.

Even as Yasmeen once more finds herself fighting to hold onto her self-worth, the draw towards the darkness soon becomes too strong to resist. Will she be able to hold tight to her new owner as he freely drifts beyond her reach? Or will Lucian surface long enough to realize he’s pushing his precious pet too far to allow for forgiveness?

**ATTN: This book is the first part of Lucian and Yasmeen's story. It DOES NOT have a HEA. The completion of their story will come in book 7 in the Wanted Men series, scheduled for release in 2017.
more
Amazon Other stores
Bookmark  Rate:

'Grievous' is tagged as:

All books by Nancy Haviland  ❯

Buy 'Grievous' from the following stores: