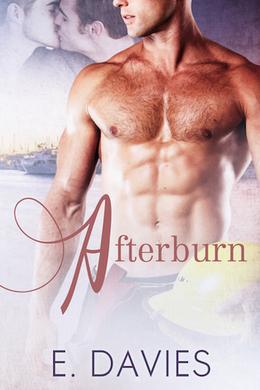 “This guy is boyfriend material.”

Santa Barbara firefighter Liam Knight is in hot water for showing up late after chasing yet another pretty guy into bed. It’s just an accident—Liam’s never let hookups get in the way of work before. He only agrees to therapy to keep the chief happy. When he bumps into a pretty guy working in the craft store below his apartment, Dylan seems like the perfect thing to relieve Liam’s stress… until he catches Liam’s interest and protective instinct, not just his eye.

“I’m not good enough for him.”

The only thing Dylan Waters needs less than the distraction of love is the alternative medicine his mother wants to foist him into. He’s juggling part-time jobs at a therapy office and craft store while attending college to become an art therapist. Worse, he’s about to transfer to a huge campus, but his childhood left him afraid of crowds. When hunky firefighter Liam blusters into his PTSD knitting support group, Dylan spots the familiar signs of a man hiding from his past, but he can’t stop thinking about him.

“It was nothing. I thought I was over it.”

It’s more than fleeting attraction between them, but Dylan’s stubborn fear of help and Liam’s low self-esteem are a deadly combination. When it all goes up in smoke, they only have themselves to blame. Can Liam get to Dylan in time to save him and the one relationship that could make him believe in love?
more
Amazon Other stores
Bookmark  Rate:

'Afterburn' is tagged as:

Buy 'Afterburn' from the following stores: