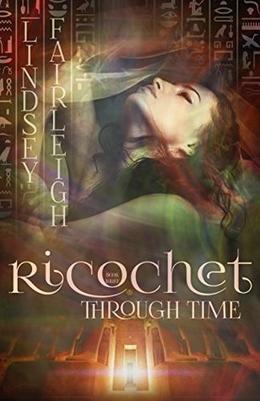 Time. It can be our best friend. Or our worst enemy...

Alexandra Larson is done with time travel. She just wants to be normal. The husband, the kids, the career...she wants it all. And she’s close to having it. That is, until unwanted visitors bring dire news of her twisted, godly foe, Apep. He’s been freed from his inescapable prison by the Kin, and he’s coming for Lex and her unborn children.

The chase begins. Against her will, Lex is yanked backwards in time in an attempt to protect her from Apep. Each time her ancient enemy draws near, she’s pulled back further, tangling new threads into a timeline that must not be changed at any cost. The fate of the universe may depend on her surviving, but it doesn’t give a damn about her finding a way home.

Lex must battle time, itself, to return to her family, and she’s determined to do it. Or die trying.

'Ricochet Through Time' is tagged as:

Similar books to 'Ricochet Through Time'

All books by Lindsey Fairleigh  ❯

Buy 'Ricochet Through Time' from the following stores: