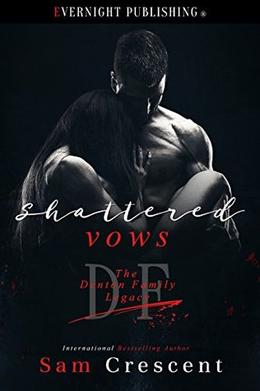 Abel Denton loves to fuck, loves to kill—and now he has found the woman destined to be his. The only problem? She thinks he’s a creep. Okay, he did go and snatch her off the dance-floor, and he may have felt her ass, and pretty much told her that she belonged to him, but what’s the problem?

Harper cannot believe that Abel will not take no for an answer. He has all the stalker tendencies, not good even in a book boyfriend, and she knows all about them. But then, Abel turns out to be really good company, and she likes him.

On the spur of the moment, Harper finds herself married to Abel Denton, more to prove to herself she’s fun than for any other reason. But when she is with him, everything else fades away. Can this attraction become love?

The problem with marrying a stranger is you don’t know anything about him. Abel’s life is a secret, but Harper trusts him as much as she can. However, when his work comes home and almost kills her, Harper has to make a choice. Can she stay with a man who kills people for his family? Or will she run from the only love she has ever known?
more
Amazon Other stores
Bookmark  Rate:

'Shattered Vows' is tagged as:

The 'The Denton Family Legacy' series