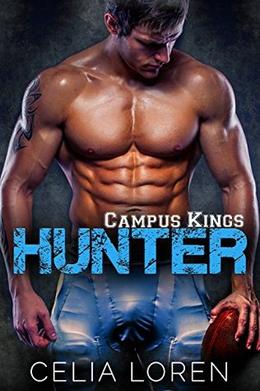 He's the predator, I'm the prey.
Hunter Phillips
I've seen the look on this sweet innocent freshmen's face before, I see it almost every night in my bedroom. But there's something different about her, and not just her beauty or her tight little body, something incredibly intriguing...I can tell she's going to be a challenge.

Turns out this chick is coach McKay's daughter, and he's a real ballbuster, hardass, bastard. He's determined to make my life a living hell as much as he can without compromising our season.

But if I really wanted to piss him off I could f*ck his daughter.

Maybe I'll do just that.


Britt McKay
He's Vanover University's panty-meltingly hot quarterback. He's the king of the campus, a beast on and off the field.

And totally off-limits to me.

My father is Vanover football's head coach--and Hunter is his star player. But my dad hears the locker room chatter and sees the jersey chasers lineup outside the showers begging for the chance to be taken by the #1 draft pick. And according to him, Hunter is the worst of the bunch--filthy, depraved, and rotten down to his core.

But I made a terrible mistake...I walked past the locker room and got a glimpse of more than I could handle. Hundreds of girls on campus whisper that Hunter's packing a monster in his jock-strap...and they aren't lying. I didn't know men could look like him in real life.

But he saw me gawking, and now he wants to show me first-hand what it feels like to be underneath his 6'5'' frame and 240lbs of pure muscle.

And he gave me a baby.

'Hunter : A Football Secret Baby Novel' is tagged as: