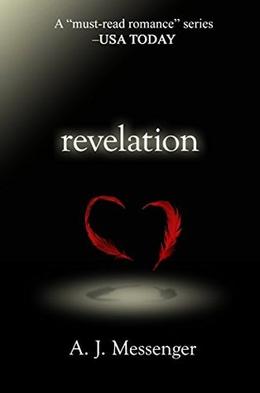 It all started with Guardian :
Declan Jane was just trying to make it through senior year in San Mar when a mysterious and attractive new student, Alexander Ronin, arrived. Despite all the girls vying for his attention, Declan was the one he was drawn to ...

Readers of Guardian and Fallen (books one and two in the popular Guardian Series) will quickly find themselves entranced by Revelation , the much-anticipated final book in the series.

In Revelation , an ancient, sinister evil comes to San Mar, causing Declan and Alexander to have to fight once more to protect their future. New, shocking secrets are exposed and in the final showdown between good and evil, the two lovers may have to choose between life and death, right and wrong, and a mortal life together.

Will they finally be free of the dark forces against them? Or will they be forced to make the ultimate sacrifice for a greater good?

Romantic, riveting, and full of twists and turns, this end to the series will leave readers breathless as they reflect on the power of true love.


Note to readers: The Guardian Series is meant to be read in order: 1. Guardian, 2. Fallen, 3. Revelation
more
Amazon Other stores
Bookmark  Rate:

'Revelation' is tagged as:

The 'The Guardian' series

All books by A.J. Messenger  ❯

Buy 'Revelation' from the following stores: