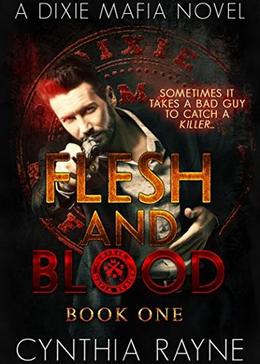 Sometimes it takes a bad guy to catch a killer...
Belle Nunn is a desperate woman. Someone's following her, watching her--to make even matters worse, she was fired six months ago and hasn't been able to get a job since. Belle's down to her last ten bucks has no idea how she'll make the rent when she's abducted by Dixon Wolf's henchman. Belle's estranged father, Emmett, borrowed money from the Dixie Mafia for his latest get rich quick scheme and--big surprise--Emmett skipped town, leaving her holding the proverbial bag.

Dix is a loan shark and launders dirty Dixie Mafia money. Since his wife died, he's devoted all his time and energy to the organization--and being bad pays damn good. Belle hasn't seen Emmett in years, and she'd like to keep it that way.
The mob boss is taken with her and offers Belle a job, her empty wallet won't allow her to refuse--mob mistress. When Belle's life is in danger, Dix steps into the unlikely role of hero.

Can Dix save her? And can they have a relationship that isn't based on sex and commerce?
more
Amazon Other stores
Bookmark  Rate:

'Flesh and Blood' is tagged as:

Similar books to 'Flesh and Blood'

Buy 'Flesh and Blood' from the following stores: