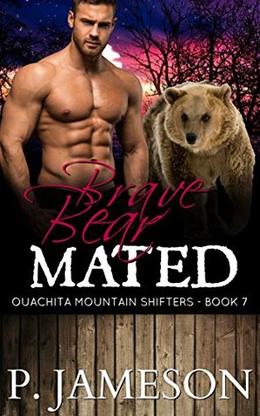 Theron, the second born of the Ursa Gemini twins, has found a home with the Ouachita clan of big cat shifters, and he's determined to leave behind a life of ridicule that has followed him since his days as a young cub in the brutal Deadclaw bear clan. His past has haunted him long enough. There's someone who can heal him now. A female who could be his. A brave Sorcera of light magic who looks at him with soft eyes, like he's worth something. He knows Mirena the Bravest could put the broken pieces of his heart back together. But first, he has to figure out how to keep her.

Mirena is the next Sorcera in line to endure a brutal power exchange between light and dark magic. She's doomed to become a dark Magei in her twenty-fifth year if she doesn't find something to anchor her to the light before the autumnal equinox. If that happens, she'll never have the one thing she's longed for her entire life: a family of her own. But the big, burly bear shifter says he has a plan, and her heart is telling her to trust him.

***Book 7 of the Ouachita Mountain Shifters series, which is a spin-off of the Dirt Track Dogs series. To experience more of these characters, read the prequel, A Mate's Wish, or the Dirt Track Dogs books.
***DOES contain a happily-ever-after. NO CLIFFHANGER.
***Contains adult language and explicit sex scenes. Intended for mature audiences only.
more
Amazon Other stores
Bookmark  Rate:

'Brave Bear Mated' is tagged as: