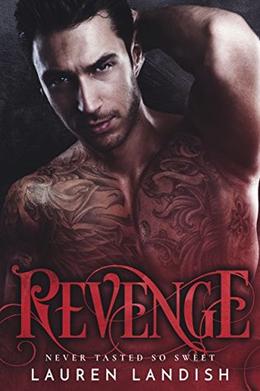 The DeLaCoeur family destroyed mine, and ever since I was a little girl, I vowed I would have my revenge.

Now the time has come, and I've waited my whole life for this. The heir to the family fortune is first on my list. Jackson. It should be easy—he's just a billionaire playboy that's used to women falling at his knees. I'll play along, I'll seduce him, and I'll humiliate him. But the second his warm lips burn into my neck, I fear that I might wind up sleeping with the enemy…

She pulled my c*ck out in front of the paparazzi... now it's war.

Katrina Grammercy is after me for a crime I didn't commit.  She wants to ruin my reputation—make me pay for my father’s sins.

But she doesn't know who she's f**king with. In this game, I make the rules.  She’ll be just like the rest—one taste of me, and she's done.

I'll give her revenge, by owning her sweet, tight little ass.

**Revenge is a full-length romance with an HEA, no cheating, and no cliffhanger! Contains bonus novel Addicted. Revenge ends at ~60%.
more
Amazon Other stores
Bookmark  Rate:

'Revenge: An Alpha Billionaire Romance' is tagged as:

Buy 'Revenge: An Alpha Billionaire Romance' from the following stores: