My Brown-Eyed Earl (The Wayward Wallflowers #1) 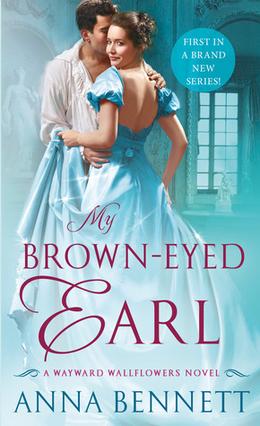 William Ryder, Earl of Castleton, is at the end of his noble rope. Not only has he broken ties with his longtime mistress, his mother has publicly announced her wish for him to marry a suitable young lady―if only to help him raise the twins left in his care. Hiring a governess should solve some of Will’s problems…but when he meets the candidate in question, he finds himself in an entirely new predicament.

TO DO A WALLFLOWER’S JOB

Miss Margaret Lacey is brainy, beautiful, and, once upon a time, Will’s betrothed. But she bowed out of the engagement―and, since then, has never been the same. A tragic accident robbed her of everything, and now, at age twenty-three, her marital prospects are slim to none. Penniless but not without pride, Meg convinces the vexingly handsome Will to hire her for the job. What neither of them could have expected from this arrangement, however, is an attraction that burns stronger than ever. Are these two lost souls finally ready to be schooled in the art of love?
more
Amazon Other stores
Bookmark  Rate:

'My Brown-Eyed Earl' is tagged as:

The 'The Wayward Wallflowers' series

Similar books to 'My Brown-Eyed Earl'

Buy 'My Brown-Eyed Earl' from the following stores: