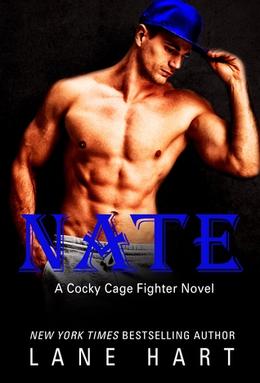 Burdened by his guilt, Nate’s unable to let go of his painful memories. He keeps to himself, refusing to let anyone else in for fear that they’ll learn the truth.

When a nosy reporter starts investigating his past, the skeletons Nate’s kept locked up tight in his closet start to rattle, threatening to surface and ruin him.

Alyssa Grant is only looking for a front page story to advance her career. Recently widowed and now raising her son on her own, she has no intentions of getting involved with a man, especially not one who uses his fists for a living. But she quickly realizes that there’s more to Nathan Lewis than he reveals. Like Alyssa, he’s also grieving from a loss that he blames himself for.

Only the deeper Alyssa digs, the more she begins to realize that a horrible accident from Nate’s past may turn out to be more than it seems, putting his life, and the lives of everyone around him, in danger.

Now that Nate has something worth losing again, he refuses to go down without a fight, in or out of the cage.
more
Amazon Other stores
Bookmark  Rate:

'Nate' is tagged as:

Buy 'Nate' from the following stores: