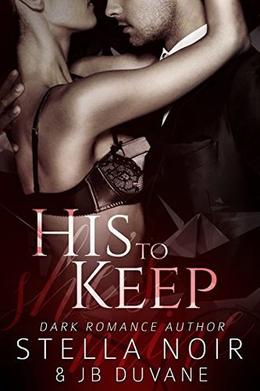 His to Keep is part two of a three-part series. If you haven't read part one, His to Take, it is suggested that you do so before reading His to Keep.

Adrian:
I thought I was doing the right thing.
I got her away from him ...
the man my father sold Brooklyn to.
But now I'm afraid I can't keep her safe.
From them ... or from myself ...

Can Brooklyn and Adrian both escape from their own pasts, and the secrets that threaten to ruin everything between them?
Can they escape from the men who will stop at nothing to take her away from him and to the man who now owns her?

His to Keep is the second part of a three-part series and ends with a CLIFFHANGER!

Part 3, His Forever, will be released in the middle of November.

For a short time, His to Keep comes with the bonus dark romance novel The Dark Doctor!
more
Amazon Other stores
Bookmark  Rate:

'His to Keep' is tagged as:

The 'She's Mine' series

Similar books to 'His to Keep'

Buy 'His to Keep' from the following stores: