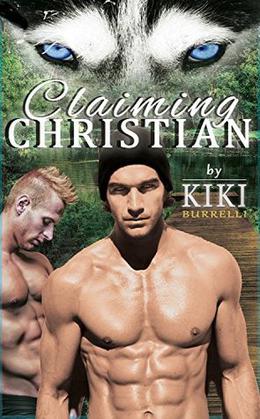 Derrick is an arrogant alpha billionaire poised to take control of his pack. Christian is a good guy who is always finishing last. When their worlds collide, will Derrick be able to protect them both?

Christian’s nice ways have finally landed him in the worst kind of trouble. After agreeing to help his friend, Finn, Christian becomes a target for a sadistic pack leader. He is saved from a beating by a sexy stranger.

Derrick has never been mistaken for a homeless person, but seeing how he met Christian after being passed out behind a dumpster, he can forgive the confusion. What he can’t forgive is how the sweet, sexy man attempts to ignore their connection. Someone has to save Christian from his nice ways.

When Christian agrees to return to his home, Derrick can breathe easily. That is until the pressures of his family and pack threaten to drive a wedge between them. Christian’s nice ways are his worst enemy, but Derrick has already decided Christian is his mate and will hold nothing back while claiming Christian.
more
Amazon Other stores
Bookmark  Rate:

'Claiming Christian' is tagged as: