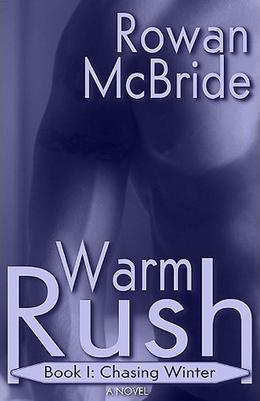 When Jesse Winter left Connecticut to attend his business overseas, he had no idea that he would be gone three long years. His homecoming is a bitter one. An accident has left his body shattered and his heart cloaked in ice, and he knows he'll never be warm again.

But Keith Taylor, just fifteen when Jesse skipped the country, has other ideas. He's all grown up now, and he's been waiting for Jesse to come home.

Keith's determined to bring the fire back into Jesse's life, and he knows he's strong enough to do it...

'Chasing Winter' is tagged as:

All books by Rowan McBride  ❯