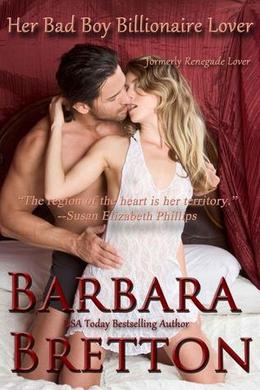 Megan McLean had never seen a man like Jake Lockwood before. Everything about the tall, dark Aussie stranger screamed danger from his chestnut hair streaked by the sun to his powerful shoulders and the wickedly sensual grin that made her bones melt.

He was her dark knight in shining armor, the renegade lover of her deepest fantasies, and he wanted only her.

His dreams were as wild and unbridled as his lovemaking, and every bit as seductive. "One day we'll sail around the world," he promised her, just the two of them, naked beneath a blanket of stars.

Megan went back to her world and Jake went back to his, both determined to put their failed marriage behind them and get on with their lives.

Except for one small thing.

Now, six years later, Jake Lockwood is back in her life and about to discover he's the father of her child . . .
more
Amazon Other stores
Bookmark  Rate:

'Her Bad Boy Billionaire Lover' is tagged as:

Buy 'Her Bad Boy Billionaire Lover' from the following stores: