Empire of Night (Age of Legends #2) 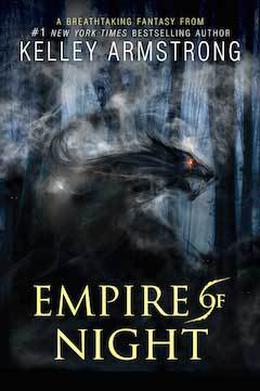 SISTERS MORIA AND ASHYN ARE THE KEEPER AND SEEKER OF EDGEWOOD.

OR AT LEAST, THEY WERE.

Their village is gone. Their friends have betrayed them. And now, they are all but prisoners in court, forced to watch and wait while the Emperor decides whether to help the children of Edgewood, who remain hostages of the treacherous Alvar Kitsune.

But when the emperor finally sends the girls on a mission to rescue the children - accompanied by Prince Tyrus and a small band of men - the journey proves more perilous than any of them could have imagined. With lies and unrest mounting in the empire, Moria and Ashyn will have to draw on every bit of influence and power they possess to unite their people and avert an all-out war.

In this second book in her epic and captivating Age of Legends trilogy, #1 New York Times bestselling author Kelley Armstrong blends romance, danger, and magic to send readers on a heart-racing journey through an unforgettable world.
more
Amazon Other stores
Bookmark  Rate:

'Empire of Night' is tagged as:

The 'Age of Legends' series

Similar books to 'Empire of Night'

Buy 'Empire of Night' from the following stores: