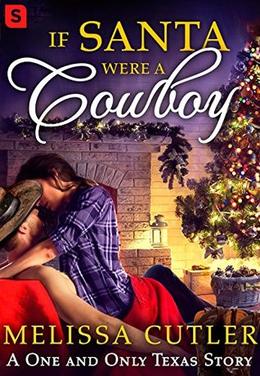 This Christmas, Santa wears a Stetson.
Paul Savage loves Christmas at Briscoe Ranch Resort, when he gets to take a break from being a back country guide to play Santa in the resort's lobby and talk to kids about toys. The last thing he expects is his high school crush to come waltzing in as his new assistant photographer, wheeling a suitcase that's more naughty than nice.
Kelly Walker is a disaster. All she'd wanted was to spice up her life by saying 'yes' to every opportunity, which is when the universe started pelting her with no's. So when she comes across a job listing for a holiday photographer working with the sweet, scrawny boy whose advances she'd laughed off in high school, she jumps on the chance to turn her bad Karma around by giving Paul a second chance.
Trouble is, Paul's anything but scrawny anymore, and his cowboy swagger throws her grand plans for a loop--especially when he tempts her with a red hot proposition of his own. Kelly's in way over her head, but as she gets swept up in the magic of Briscoe Ranch's holiday charms--and Paul's--could Kelly's year of no's be leading up to the 'yes' of a lifetime? *** ONE AND ONLY TEXAS SERIES Order: The Mistletoe Effect (Holiday Novella Prequel)Book One: One Hot Summer Book Two: One More Taste If Santa Were A Cowboy (Holiday Novella)Book Three: One Wild Night (coming March 2017)
more
Amazon Other stores
Bookmark  Rate:

'If Santa Were a Cowboy' is tagged as:

The 'One and Only Texas' series

Similar books to 'If Santa Were a Cowboy'

More books like 'If Santa Were a Cowboy'   ❯

All books by Melissa Cutler  ❯

Buy 'If Santa Were a Cowboy' from the following stores: