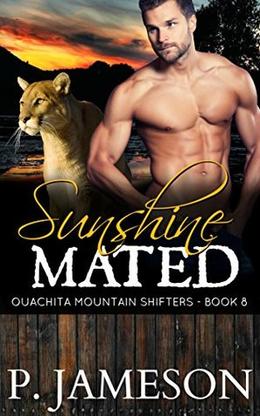 Mason Miller is a lion in hiding. But what he hides from is nothing tangible. With no enemy to fight, he drowns out memories of the past using his sexual prowess to keep up his playboy reputation around Lake Haven Lodge. And when that no longer works, he throws himself into fighting other people’s battles. There is one last clanmate’s safety to secure. A Sorcera of Light who has captured his attention with her gentle grace and patient eyes. She’s the sunshine he thought he’d never feel again. But she’s threatening to pull back the shadows he’s wrapped himself in. The shadows that hide him from his past.
Adira The Lightest is losing herself. The light magic that makes her, her, is fading and soon she will become a Magei—one who wickedly wields dark magic. The autumnal equinox that marks the date of her transition is fast approaching. With no possibility of finding an Anchor to hold her to the light, and her heart lost to a mountain lion who doesn’t return her feelings, her situation is dire. The idea of being a danger to the clan of shifters who have become her family is unacceptable. Even if they’ve vowed to fight the darkness along with her. She can’t risk them, and she can’t risk the male she loves.
Mason must decide if the sunshine is worth facing his shadows. Adira must do whatever it takes to keep her people safe. The Ouachita clan comes together to fight its final battle in the epic conclusion of the Ouachita Mountain Shifters series.
***Book 8 of the Ouachita Mountain Shifters series, which is a spin-off of the Dirt Track Dogs series. To experience more of these characters, read the prequel, A Mate's Wish, or the Dirt Track Dogs books.
***DOES contain a happily-ever-after. NO CLIFFHANGER.
***Contains adult language and explicit sex scenes. Intended for mature audiences only.
more
Amazon Other stores
Bookmark  Rate:

'Sunshine Mated' is tagged as: