Married to the Mob: A Black Mafia Love Affair 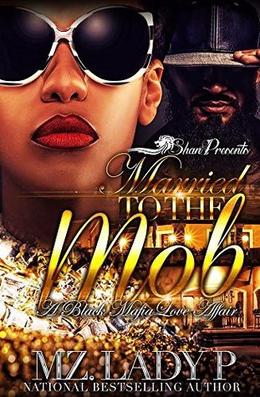 Imagine meeting the man of your dreams in the form of a Mob Boss. That's exactly what happens when the beautiful, plus sized British Bryant crosses paths with the Boss of the Demonte Crime Family.

Don Corleone is ruthless yet gentle when it comes to British. From the moment he laid eyes on her he became obsessed with getting to know her better and bringing her into his world. Meanwhile, British can't accept that he wants a girl like her. In her opinion, men don't go for big girls like her but Corleone will show her why she's the chosen one and weight don't mean nothing to him.

Corleone's brothers Dominic and Lucciano stand beside him through thick or thin and take their family business serious. They live by their own code "Loyalty or Death. Not even family is exempt from losing their life when it comes to crossing the Demonte Brothers. With so many enemies out to kill them they'll need strong women to hold them down while they take care of business.

British, Katera, and Chloe have all been thrusted into the Black Mafia lifestyle and have proved that they are more than worthy of being the Mob Wives that Corleone, Dominic, and Lucci need. However, they never knew loving this men would be such a hard job before they became Married to The Mob.
more
Amazon Other stores
Bookmark  Rate:

Similar books to 'Married to the Mob: A Black Mafia Love Affair'

More books like 'Married to the Mob: A Black Mafia Love Affair'   ❯

Buy 'Married to the Mob: A Black Mafia Love Affair' from the following stores: