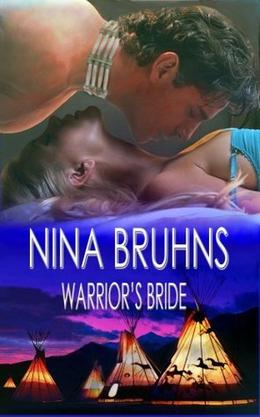 In the space of twenty-four incredible hours, Katarina 'Rini' Herelius finds herself hopelessly in love with an exotic mystery-man with no name or face, and pregnant with his child. More than anything she wants to keep him and her baby, but life has a way of playing the cruelest tricks . . .

The last thing in the world Coleton Lonetree expects to find at the Cardinal Ranch Powwow is the love of his life. But when he takes the guilelessly sensual tourist woman into his arms and kisses her, he knows exactly what has been missing from his empty existence-a woman like her. He is determined to make her his for all time, and stakes his claim in the most elemental of ways.

When she fails to show up for their rendezvous the next day, he is devastated. Despite his desolation over her disappearance, the successful lawyer dreams of the woman from the powwow for seven long months. That is, until he finds her, large with his child, at a colleague attorney's office. He believes she is arranging to turn his baby over to strangers for adoption.

This is one abandonment he will fight to his last breath.

He proposes a marriage of convenience. Rini agrees, on the condition that they have separate beds. But neither can deny their overpowering attraction, a passion that sizzles between them with every look or accidental touch. Over the coming months they realize what they feel for each other is so much more than merely physical, but are terrified to acknowledge it, even in their innermost secret thoughts.

Slowly, they learn to trust.

'Warrior's Bride' is tagged as:

The 'Passion of Danger' series

All books by Nina Bruhns  ❯