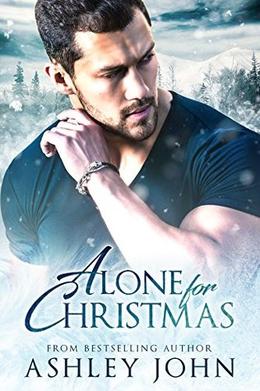 With his third divorce looming and his bank accounts frozen, Chip Harington was surprisingly okay with spending Christmas alone, even if he was living out of a suitcase in his office. He had already decided to skip the office Christmas party, until some surprising words from one of his employees makes him change his mind.

Noah always expected the crush for his boss to fade, but after two years working under Chip, his feelings are stronger than ever. With Chip’s personal life in tatters once more, Noah never expected his boss to show his face at the office Christmas party, so he was even more surprised when his drunken attempt to kiss Chip turned into so much more.

Chip assumed his encounter with Noah was nothing more than a one-night stand, but when his employee emerges from a snowstorm on Christmas Eve, they are forced to spend Christmas together in a London office block. With the lines between employer and employee blurred, will either man emerge from the snow the same, or will their Christmas encounter change the course of their lives forever, making them wish they had spent Christmas alone after all?

'Alone For Christmas' is tagged as:

Similar books to 'Alone For Christmas'

Buy 'Alone For Christmas' from the following stores: