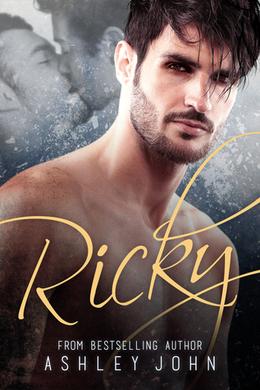 On the surface, Ricky Thompson’s life is one long party. His razor sharp wit and unwavering sexual confidence masks his true pain and suffering, and that’s how he wants to keep things. Ten years after the death of his fiancé, Ricky has completely given up on the illusion of love. Wild nights in the bar and even wilder casual sex have become his coping mechanism, and he wants to keep the party going at whatever cost. When he is attacked in a dark alley and left for dead, Ricky’s life takes an unexpected turn and the party suddenly comes to an end.

Chase Brody doesn’t know where life is taking him. Between running his gym and raising his son, Dylan, the only time he puts himself first is his once a week trip to the gay bars. His family has convinced him he needs to find a mother for Dylan, so he keeps his sexual desires secret. He always believed women were for love and men were for sex, but he is forced to reevaluate everything he thought he knew when he stumbles across a helpless man in need of his help.

After Chase takes Ricky to the hospital, he offers him free self-defence classes, but it soon grows into something more complicated and both men are forced to listen to their hearts once again. Chase doesn’t know how Ricky will fit into his difficult life, and Ricky can’t seem to let go of his past heartache. With so much at stake, will these men admit they were wrong about love and surrender their hearts to each other, or is the risk too great?

Sign up to my newsletter and be the first to know when it's released: http://eepurl.com/_Yqcz
more
Amazon Other stores
Bookmark  Rate:

'Ricky' is tagged as:

Buy 'Ricky' from the following stores: