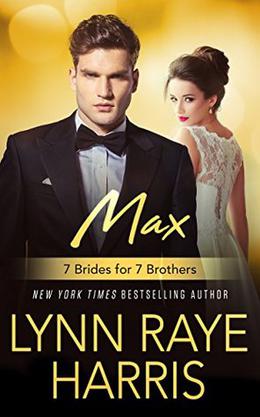 Former Navy SEAL Max Brannigan is a loner with a strong protective streak and an ocean of survivor’s guilt that drives him to take risks no sane man would take. When he gets the news his billionaire father died and left him a horse farm in Kentucky, he’s busy protecting a group of American military contractors in a war zone. The first moment he’s able, he’ll fly back to the US and dispose of the farm. What does a man like him need horses for anyway? Of all the things his father could have left him, this certainly ranks up there as the most bizarre.

Elinor Applegate lives for her horses, but life on the farm isn’t easy. Once-thriving Applegate Farm has fallen on hard times in the past few years. It was only with an influx of cash from her mother’s old friend that Ellie’s been able to keep the family operation going. All her hopes to turn around the business and buy back her rights to the farm lie on the hooves of a colt destined to greatness. She’s just got to get him there first.

But when sexy, ruthless, infuriating Max Brannigan shows up, Ellie realizes her troubles are worse than she thought. He knows nothing about horses—and he cares less than nothing about her dreams. To Max, the horses are useless and have to go—in spite of the fact that every encounter with Ellie only makes him want to drag her into his arms and kiss the fire right out of her. But Ellie will fight hard to keep her dreams alive, even if she has to fight dirty. Max has spent most of his life protecting people and assets from danger—but can he protect himself when Ellie launches a full-scale assault against the walls surrounding his heart?
more
Amazon Other stores
Bookmark  Rate:

The '7 Brides for 7 Brothers' series

Buy 'Max' from the following stores: