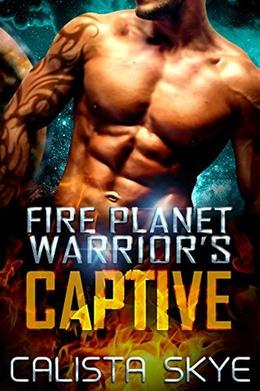 Harper Evans always wanted to go to space.
Crash landing on the planet that everyone just calls the Fire Planet?
Not what she had in mind.
Her only company is a huge, alien barbarian warrior who doesn't speak English, but who carries a big axe.
At least he keeps the worst of the lethal predators on the planet away from Harper while they're running.
Running from an enormous wildfire that's catching up with them fast.
The worst part: The super confident barbarian turns Harper on like no one else ever has.
And he seems to think that Harper is his captive...