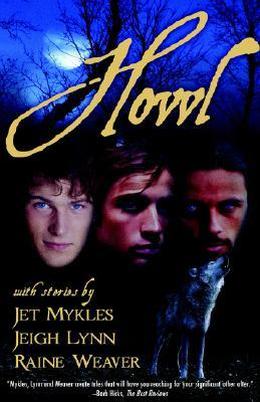 A howling-good Halloween anthology with sexy werewolf tales from Jet Mykles, Raine Weaver, and Jeigh Lynn. Happy Howl-o-ween! Leashed: Two for One Deal by Jet Mykles An evil witch gives Meg two weeks to join his coven. Or else. The deadline? Samhain. What's a good witch to do? Magic, of course. She casts an age-old summoning spell to attract a shapeshifter to leash for her protection. It works, but it's a two for one deal: Rudy, a werewolf, and Michael, a werejaguar. Wolfe's Gate by Raine Weaver Grayson's a werewolf, who's sworn never to mate a human woman; he can't control the violence of his change. Red is the one woman who could make him change his mind. When Scarlett "Red" Grier meets Grayson Wolfe, she knows she has to have him. She's determined to bed this big bad Wolfe, even if it means risking her life. All Hallows' Moon by Jeigh Lynn Jill Parker is on her way to a Halloween party when she drives into a wolf. She gets the injured beast into her car, and to shelter. Turns out, Jill's wolf is a werewolf. And he claims that she's his mate. Jill thinks Dash is an outrageous playboy. Now it's up to him to convince her he's telling the truth. And that she should care.
more
Amazon Other stores
Bookmark  Rate:

'Howl' is tagged as:

All books by Jet Mykles  ❯

Buy 'Howl' from the following stores: