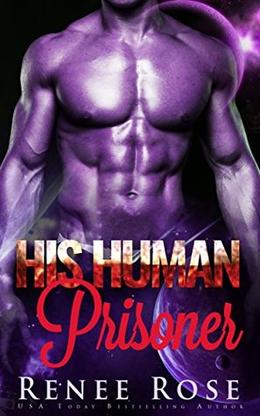 e didn’t believe in destiny. Until he met her.
When a beautiful human slave steals Rok’s ship and leaves him stranded on an abandoned planet, he’s furious. Discovering her sister is the mate to the prince of his species only makes him more determined to find her.

Lily’s attraction to the huge Zandian warrior unnerves her. She’s never been moved by a male, nor interested in sex before, but Rok coaxes every bit of emotion out of her as he demands her complete surrender. But he intends to turn her over to the authorities, which will mean her certain death. She must find a way to escape the handsome alien before she loses her life--or worse--her heart.
more
Amazon Other stores
Bookmark  Rate:

'His Human Prisoner' is tagged as:

Similar books to 'His Human Prisoner'

All books by Renee Rose  ❯

Buy 'His Human Prisoner' from the following stores: