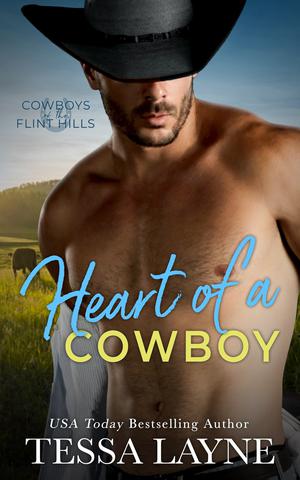 Will an Alpha cowboy find true love on the range in this sexy, small town western?

The Rancher's Son
Cowboy Blake Sinclaire is determined not to repeat the sins of his father. That means choosing to love no one and save the settling down for his younger brothers. But one woman has thrown a wrench in those plans – Maddie Hansen, the sexy scientist who also happens to be the daughter of his family’s greatest enemy.

The Woman He Shouldn't Want
Physicist Maddie Hansen vows she’ll never come back to the small town where she grew up - Prairie, Kansas. She’d rather stay in a dead-end job than stay trapped in a loveless marriage as a rancher’s wife. But she can’t stay away from Blake, especially after he saved her father’s life.

Will their love take them supernova, or collapse into a black hole?
Maddie's father owns land that used to belong to the Sinclaires, and Blake will do anything to get it back - including talking Maddie into a fake engagement. But Blake’s got secrets. Big secrets. And when they come to light, will their love withstand the shockwaves?
more
Amazon Other stores
Bookmark  Rate:

'Prairie Heat' is tagged as:

The 'Cowboys of the Flint Hills' series

All books by Tessa Layne  ❯