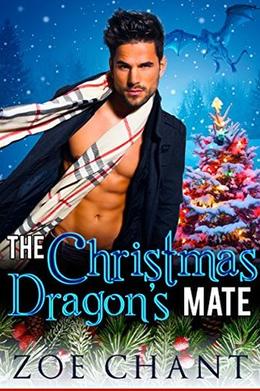 A lonely bookkeeper in search of Christmas + a mysterious dragon shifter with a past full of pain + a beautiful snow castle hiding a ruthless enemy = one glittering Christmas romance!

All her life, curvy Dara Jenkins has dreamed of a White Christmas. But when she drives into the mountains for the holidays, what she finds instead is a snow storm that threatens to claim her life. To Dara's amazement, she's rescued by an ice dragon - who turns into a sexy, charismatic man who hasn't left his snow castle in twenty years.

Henrik Drakeson is a dragon shifter who lost his parents long ago in a terrible accident. For most of his life, he has carried that burden with him, choosing loneliness over the happy visitors that once came to the family's snow castle every winter. He's promised himself he'd stay forever alone, so he'd never hurt anyone again - until his mate suddenly appears on his doorstep in a snow storm, bringing all the joy and cheerfulness of Christmas to his lonely home.

Can Dara heal the pain of his wounded heart? And can they uncover the truth about his past - and defend each other against the ruthless enemy behind the old tragedy?

'The Christmas Dragon's Mate' is tagged as:

All books by Zoe Chant  ❯

Buy 'The Christmas Dragon's Mate' from the following stores: