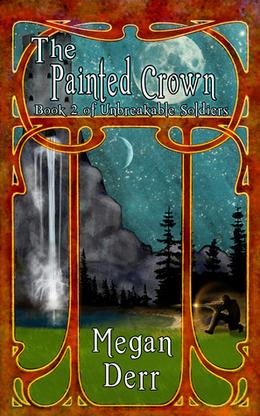 Prince Istari has spent his life reviled: his parents wish he had never been born, the royal court of Belemere avoids him for fear of angering the king, and everyone else is kept away by his notorious reputation as a deadly sharpshooter. Now a hostage of peace in Tallideth, he is subjected to their hatred as well—even that of Regent Vellem, who once considered him a comrade in arms.

Unexpected solace comes in the form of Lord Teverem, a sad, quiet lord who assumed the title when his brother was killed in the explosion for which Istari's father is to blame. He is kind and sweet and a sorely needed bright spot in Istari's life—until Istari meets his family and learns of a dangerous family secret with unexpected ties to Istari's past, a secret that could drag Tallideth and Belemere right back into war…

'The Painted Crown' is tagged as:

Similar books to 'The Painted Crown'

Buy 'The Painted Crown' from the following stores: