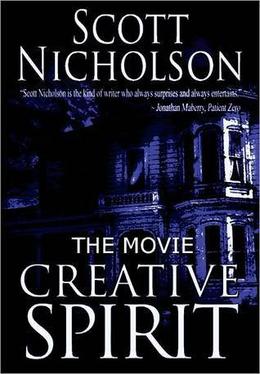 After parapsychologist Anna Galloway is diagnosed with metastatic cancer, she has a recurring dream in which she sees her own ghost. The setting of her dream is the historic Korban Manor, which is now an artist’s retreat in the remote Appalachian Mountains. Drawn both by the ghost stories surrounding the manor and her own sense of destiny, Anna signs up for the retreat.

Sculptor Mason Jackson has come to Korban Manor to make a final, all-or-nothing attempt at success before giving up his dreams. When he becomes obsessed with carving Ephram Korban’s form out of wood, he questions his motivation but is swept up in a creative frenzy unlike any he has ever known.

The manor itself has secrets, with fires that blaze constantly in the hearths, portraits of Korban in every room, and deceptive mirrors on the walls. With an October blue moon looming, both the living and the dead learn the true power of their dreams.
more
Amazon Other stores
Bookmark  Rate:

'Creative Spirit: The Screenplay' is tagged as:

Buy 'Creative Spirit: The Screenplay' from the following stores: