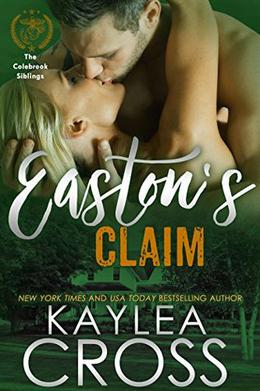 She needs a fresh start somewhere else.

Piper Greenlee is desperate to get out of Sugar Hollow. After her ex-husband’s notorious scandal and their subsequent divorce, her life and reputation are in tatters. Not to mention the disturbing feelings she’s started to have for a longtime friend recently. She’s ready to leave all that behind, start over somewhere far away and reinvent herself.

But the past isn’t done with her yet. When it lands on her doorstep this time, the consequences could prove fatal. She has no choice but to turn to the one man in town she knows can protect her…the man she’s not ready to face her true feelings for.

DEA FAST agent Easton Colebrook has loved Piper for years and been forced to stay silent. It killed him to stand back and watch her marry the wrong man, but now that her divorce has been finalized and she’s had time to heal, he’s making his move. The problem is, she’s determined to see him only as a friend, and worse—Wyatt’s little brother.

When he arrives home after another rotation in Afghanistan, Easton is ready to put his plan into action. Then he learns that Piper is planning to move halfway across the country, forcing him to act immediately. Before he can tell her how he feels, her ex drags her into a potentially lethal situation. Easton steps in, vowing to protect her at all costs. But in order to finally claim the woman who’s owned his heart for as long as he can remember, he and Piper will have to outsmart a deadly enemy hell bent on exacting his revenge.
more
Amazon Other stores
Bookmark  Rate:

'Easton's Claim' is tagged as:

All books by Kaylea Cross  ❯