Scorched by Darkness (Dragons of Eternity #2) 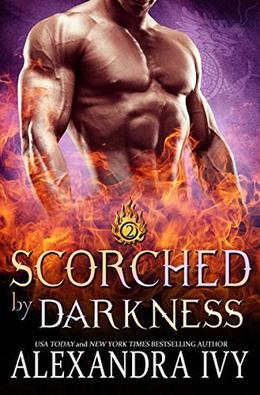 Book 2 in the USA Today Bestselling series, The Dragons of Eternity

As a half-breed dragon, Torque never had the luxury of choosing his future. Not only did his father barter him to the highest bidder, but a rare Shinto fey claimed to see him in a vision that involved recovering a lost treasure for the powerful dragon, Synge. A destiny that might have been bearable if the vision hadn’t included a mating with Rya, Synge’s half-breed daughter. Who could blame him for being resigned rather than thrilled with his fate?

Rya had enough of being treated like an unwanted burden by her betrothed. So when she learns her mother is missing, she doesn’t hesitate to leave the harem to try to find her. The last thing she expects is Torque to track her down. Or the explosive chemistry that ignites between them. Now they must work together to discover the dark threat that not only traps her mother, but has the potential to spread evil throughout the world.
more
Amazon Other stores
Bookmark  Rate:

'Scorched by Darkness' is tagged as:

The 'Dragons of Eternity' series

Similar books to 'Scorched by Darkness'

All books by Alexandra Ivy  ❯

Buy 'Scorched by Darkness' from the following stores: