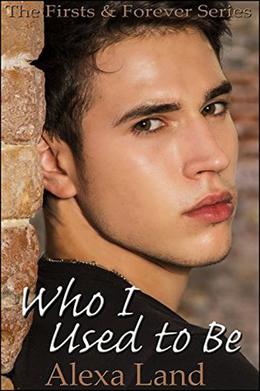 Zachary’s life is careening toward disaster.

At just 24, he’s had to do whatever it takes to survive, including selling his body, and the ways he’s found to escape from his bleak reality are destroying him.

On one of the worst nights of his life, Zachary meets TJ, a broken man with demons of his own. A former drug addiction and time in prison took him from his son Trevor at a young age and left TJ crippled with guilt. He thinks he can help Zachary though, not that he wants to be helped.

It takes hitting rock bottom for Zachary to reach out to TJ, the one person he thinks will understand. Neither is expecting the attraction that flares between them, not with their substantial age difference, and certainly not while drowning in a sea of pain and regret. In the process of healing, both begin to discover so much more than they ever dreamed possible.

But does love stand a chance between two lost souls who are convinced they’re damaged beyond repair?

Who I Used to Be is the twelfth book in Alexa Land’s best-selling Firsts and Forever series, but each book is written to stand alone, so jump in anywhere. This gay contemporary romance is approximately 113,000 words in length. It contains explicit language and graphic sex and is intended for adults only.
more
Amazon Other stores
Bookmark  Rate:

The 'Firsts and Forever' series

Similar books to 'Who I Used to Be'

Buy 'Who I Used to Be' from the following stores: