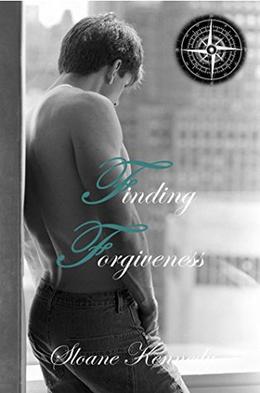 He was only there for a business deal…
A couple of days…that was all it was supposed to take for property developer Roman Blackwell to decide if the strip of land just south of Dare, Montana would be the perfect spot for his next luxury resort. He wasn’t interested in repairing his frayed relationship with his half-brother who’d moved to the small town a few months earlier and he definitely wasn’t interested in doing anything more than scratching an itch when he checked out the gay club near his hotel. But when his plans for a quick hook-up are waylaid after he steps in to save a young man being brutalized, Roman finds himself building an emotional connection he never saw coming.

One bad decision changed everything…
College student Hunter Greene has spent 18 months trying to forget the one night he gave in to temptation and made a decision to hide one lie by telling another. But the guilt of knowing he shattered another young man’s life to protect his own secret shame is slowly destroying him and he knows that soon even his spiral into a dangerous pattern of self-destructive behavior won’t be enough to keep his entire world from imploding. But the last thing he’s looking for is someone to save him.

But fate works in mysterious ways…
Forced to return to the town he grew up in, the last person Hunter expects to run into is the mysterious savior who changed everything with one soul shattering kiss. While he can’t deny his attraction to Roman, Hunter knows that he’ll never be free to act on it and once Roman discovers the terrible secret he’s hiding, it won’t matter anyway.

Because some things just can’t be forgiven…

Trigger Warning: This book does contain multiple possible triggers for some readers. Specifics can be found by utilizing the "Look Inside" feature or downloading a sample and scrolling to the page right before the table of contents. Please note that reading what triggers are included may cause spoilers.

Note: This book contains M/M sexual content and is intended for mature audiences

'Finding Forgiveness' is tagged as:

Watch Me
Watch Me
Obsessed
Obsessed
(The Protectors #13)

All books by Sloane Kennedy  ❯