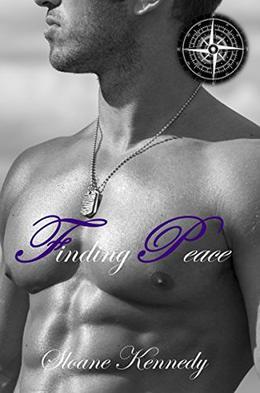 "I knew it would be like this...like finding something I didn't know was missing." --Luke

Author Gray Hawthorne has it all and he’s on the verge of having even more. His bestselling detective novels are being turned into a movie series that will make him a household name and he’s rubbing a lot more than just elbows with Hollywood’s elite. Money, fame and good looks mean an endless supply of men, both groupies and celebrities alike, which suits Gray just fine. He’s smart enough to know that his 5 minutes in the spotlight will be just that and he plans to enjoy every moment. Until he gets the devastating news that threatens to steal everything away…

Army Ranger Luke Monroe lives and breathes the military. They’re the family he never had and a life without his brothers-in-arms is unfathomable. But the ultimate betrayal has Luke on the run and a twist of fate leads him to the small town of Dare, Montana to seek help from the foster brother who saved him once before. Only the brother he’s searching for isn’t the man he finds and he has no choice but to keep running. Until an encounter on the side of the road with a stranger changes everything.

The last thing Gray wants when he seeks refuge at his cabin in the secluded Montana mountains is company but a run-in with the mysterious and very straight Luke has Gray offering the damaged soldier a place to regroup. And since a physical relationship isn’t even on the table, Gray finds himself enjoying something he hasn’t had in a long time…a real friend.

But what happens when friendship just isn’t enough? When a man who’s only been with women begins to crave more?

Note: This book contains M/M sexual content and is intended for mature audiences

'Finding Peace' is tagged as:

Watch Me
Watch Me
Obsessed
Obsessed
(The Protectors #13)

All books by Sloane Kennedy  ❯