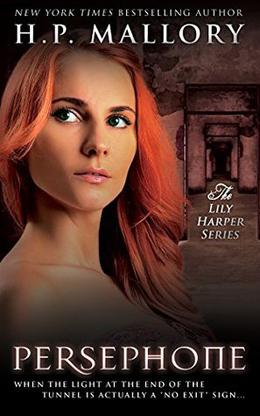 If you like your books steamy (this is an adult fantasy romance, not for kids or teens!) and you aren’t easily offended by potty-mouthed, crass guardian angels, read on!

The fourth installment in the Lily Harper series will see Lily on yet another mission deeper into the Underground City. More specifically, Lily will travel to the dreaded City of Dis where heretics and sinners remain imprisoned in their crypts, burning for all eternity. Here, Lily will find herself battling real and imagined nemeses.
Luckily for Lily, she’s accompanied by Bill, her foul mouthed guardian angel, and Tallis Black, the hard-headed Bladesmith. Even though Tallis is an expert at keeping Lily safe, he isn’t exactly an expert when it comes to matters of the heart. Where Tallis is concerned, Lily is just as frustrated as she always has been. But if Lily is anything, it's determined which means she won't give up on the evasive Bladesmith so easily.
Their journey will bring Lily and Tallis closer and allow Lily a rare glimpse into her enigmatic companion. However, it will also pit them against hellish creatures and obstacles which could tear them apart. Literally.
Then there's the enigma that is the Master of the Underground City, Alaire. Once Lily lives up to her end of the agreement between them, she will find herself facing her greatest battle yet, her own struggle between light and dark...
more
Amazon Other stores
Bookmark  Rate:

'Persephone' is tagged as:

All books by H.P. Mallory  ❯

Buy 'Persephone' from the following stores: