Dancing Around The Cop (Alpha and Omega #2) 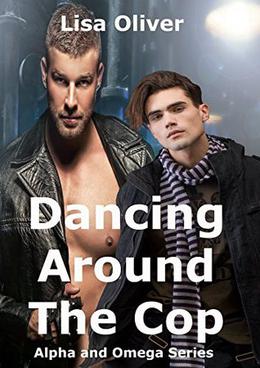 Terry Martin has an awesome life – good friends, loving parents and a job he loves designing all of the bright and wonderful costumes for the drag queens at Club Blue. Sure, no one but his parents know he’s an Omega wolf, but he’s okay with that. Unfortunately being a twink often means getting picked on and after a night out with friends, Terry has the misfortune to meet an Alpha wolf, Detective Zander Samuels – his true mate.

Zander can’t have a mate, especially a pretty, sweet little man like Terry. His friend of more than ten years, and partner on the force hates gay men with a passion and Zander won’t risk the only true friend he has, not even for a mate. So even though he’s scented Terry, Zander is determined to stay away from the Omega. Unfortunately the Fates are just as determined that the two men should be together and when Zander finds himself hit with the mating curse in more ways than one, he comes up with a plan to have Terry without upsetting his friend.

A nasty boss, a homophobic partner, some really jerky behaviour by Zander and another Alpha wolf keen on claiming Terry for his own, all conspire to stop any chance these two have of finding true love. But did I mention that the Fates are really persistent?

Warning: This book is about male wolf shifters, it includes coarse language, mm sex scenes, a gorgeously cute Omega who will melt your heart and an Alpha wolf you will just want to slap around the head.
more
Amazon Other stores
Bookmark  Rate:

'Dancing Around The Cop' is tagged as:

Similar books to 'Dancing Around The Cop'

Buy 'Dancing Around The Cop' from the following stores: