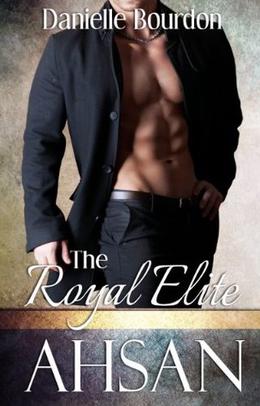 Sheikh Ahsan Afshar is a rogue of the highest order, prone to scandal, seduction and womanizing. He's a devilish yet complicated creature with an over-sized ego and more arrogance than he knows what to do with. When fate brings him face to face with Miss Sessily Pavel, he finds himself issuing a challenge that brings her into his home—and into his life.

Sessily Pavel has a secret. A secret involving Sheikh Ahsan Afshar. One so explosive it could endanger her life. Challenged to a race, she enters Ahsan's world, only to discover he's not the man she thought he was. Fighting off red-hot chemistry and undeniable attraction, she sets herself on task—one that threatens to unravel her secrets and expose her for the liar she is. The only question is whether he'll ever forgive her, and whether she can forgive herself.

'The Royal Elite: Ahsan' is tagged as:

All books by Danielle Bourdon  ❯

Buy 'The Royal Elite: Ahsan' from the following stores: