Prince of Honor (House of Terriot #1) 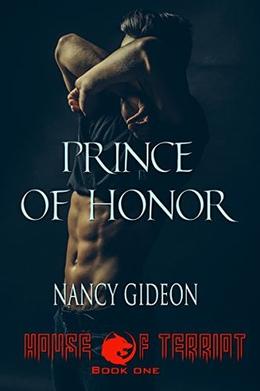 The hunter becomes the prey, a prisoner to his own desire . . .

Strong, silent man of integrity content to serve his new king as a prince in the turbulent shape-shifter House of Terriot. A tracker and relentless hunter, he’s used to running trails alone until charged with returning a traitor to their mountain top home to face the unforgiving judgment of their clan. On the run with the bad girl he’s loved forever, the choice between duty and desire has never been more difficult . . . or deadly.

Could the bargain made to save their lives become reality?

Manipulative schemer or victim caught between a mother’s ambition and a rogue prince’s lust for power? Trust is almost as foreign as the idea of love, but to save herself from certain death, she must risk both on the good man who deserves them . . . from someone worthy. Trapped by the only one who believes in her goodness, will she betray him and run for her life . . . or stay and destroy him with a long hidden truth?

'Prince of Honor' is tagged as:

The 'House of Terriot' series

Similar books to 'Prince of Honor'

Buy 'Prince of Honor' from the following stores: