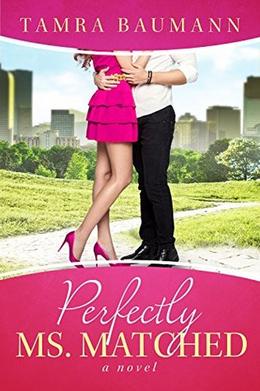 After losing a patient in a tragic accident, Jo Westin left her physical therapy job and risked it all when she opened up her dream café. A year later, her new business is a hit. Jo wants to expand her selection of decadent truffles, gooey bars, and silky cheesecakes, to keep up with customer demand, but the banks aren’t biting on her loan plan. Not only are the banks resisting her tempting treats, so are the men in her life. Going home to an empty house every night is getting old, so she asks her best friend, Shelby, a matchmaker, to get busy finding her perfect match while she finds a plan B for her café expansion.

Chad Jenks, an injured NFL wide receiver needs his former fiancé like never before. Jo was one of the best physical therapists he’d ever worked with, and he wants someone he can trust to keep the extent of his injuries a secret. However, there are two huge obstacles standing in his way. First, Jo quit her PT job last year. And second, he was the last person Jo would ever want to help. Football always came first in his life—that’s how he’d lost Jo nine years earlier. But he has a plan: he has lots of money for Jo’s expansion, and even some secret ammo he’d only use if he had to. Ready to grovel if necessary, he’s determined to regain Jo’s PT skills, but even more than that, he still yearns for her forgiveness. And maybe even her love.

'Perfectly Ms. Matched' is tagged as:

All books by Tamra Baumann  ❯