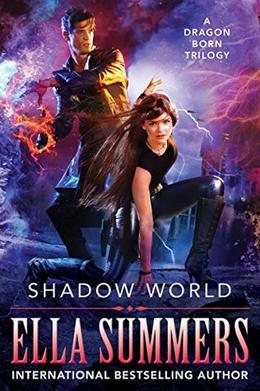 For a limited time, pre-order this new complete trilogy for only 99 cents!

He is the supernatural world’s hand of justice. She is the abomination he’s sworn to kill. Their love conquered all.

When a dark spell hits San Francisco, former mercenary mage Sera Dering and dragon shifter Kai Drachenburg find themselves on opposite sides of a supernatural war that has been raging for centuries—with no memory of their love or the world that was. They have every reason to hate each other, but if they want to survive this Shadow World, they’ll have to put their differences behind them and find the person who cast the spell before this hellish reality becomes permanent.

'Shadow World: The Complete Trilogy' is tagged as:

All books by Ella Summers  ❯

Buy 'Shadow World: The Complete Trilogy' from the following stores: