His Reluctant Omega (The Mountain Shifters #2) 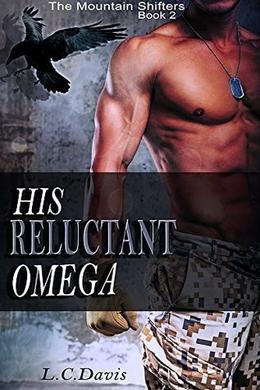 Mitchell is an alpha among alphas in the brutal Mountain Ridge Pack. He rules with equal parts fear and respect, but his pack is growing restless after decades without an heir to his proverbial throne. Only an alpha and an omega pair can sire another alpha to lead the pack, but Mitchell's not-so-secret shame is the fact that he hasn't been able to impregnate any of his female omegas.

Unlike the other weaker packs, the Mountain Ridge wolves have always kept their omegas in line and at a safe distance through the infamous yet efficient Breeding Program. On the recommendation of an old rival turned tentative friend, Mitchell decides to try his hand--among other things--in a last-ditch effort at siring an heir with a rare male omega. When a transfer request for one of the only male omegas in the pack uncovers unspeakable abuse and corruption within the Breeding Program, the very future of the pack is thrown into question.

Angel's heart has turned to stone after a lifetime of abuse at the hands of the alpha shifters who oversee the Breeding Program in his pack unit. The only love he has left belongs to the three other omegas he shares his little corner of hell with. Angel will do whatever it takes to protect them, even if it means becoming the mate of the top alpha himself.

Angel knows better than to believe the gruff Mitchell when he claims that he's not like the others. Despite his best attempts to steel himself against the strange bond that forms between them, Angel discovers that Mitchell is the most dangerous alpha of all because he wants the one thing Angel has sworn never to give--his heart.

With war looming on the horizon, a pack in chaos and two hardened hearts melted by an unlikely spark of love, only one outcome is certain. The Mountain Ridge Pack will never be the same.

Disclaimer: See inside cover for content warnings. This is the second book in The Mountain Shifters series. Reading His Unclaimed Omega may provide context, but this book can be read as a standalone.
more
Amazon Other stores
Bookmark  Rate:

'His Reluctant Omega' is tagged as:

The 'The Mountain Shifters' series

Similar books to 'His Reluctant Omega'

Buy 'His Reluctant Omega' from the following stores: