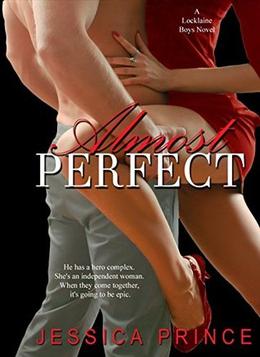 Devon McMillon wasn't looking for a knight in shining armor. She didn't need a man to rescue her or take care of her. She just wanted someone who would treat her as an equal and love her for who she was. Unfortunately, even in a city as big as Manhattan, finding a guy who wasn't intimidated by a strong-minded, slightly outspoken woman was proving harder than expected.

Having fallen in love at the age of fifteen Collin Locklaine was convinced he'd already found the woman he was destined to spend the rest of his life with. That was, until she pulled the rug out from under him and ended their relationship. He'd taken care of her, been her protector. And now he was forced to start over again.

A man with a hero complex and a woman with a fierce independent streak should never work. However, fate has other ideas. Besides, sex that good can't be a fluke, right? With an attraction like theirs, Devon and Collin have no other choice but to dive in and see where it leads them. Only one thing is certain. When they finally come together, it's going to be epic.
more
Amazon Other stores
Bookmark  Rate:

'Almost Perfect' is tagged as:

The 'The Locklaine Boys' series

All books by Jessica Prince  ❯