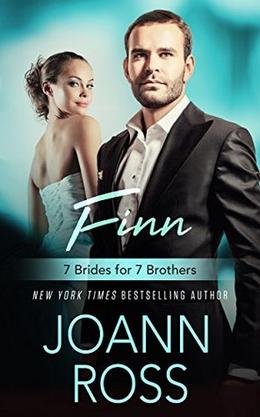 Finn Brannigan has a need for speed. Fast cars, fast jets, and the fast life that comes with being a TOPGUN aviator. He’s flying missions over Afghanistan when his media mogul father dies unexpectedly, leaving Finn an airline in the wilds of the Alaskan wilderness. Which is a cool surprise, though he hasn’t a clue what he’s supposed to do with three small planes half a world away.

Nine months later, burned out from multiple deployments, Finn leaves the Navy and heads north to the Last Frontier to escape the world. But his planned isolation is blown to bits when a runaway bride insists he fly her to her planned honeymoon cabin located in his remote mountain town of Caribou.

As the short Alaskan summer spins out, Finn finds himself wanting to slow the days down and savor every delicious moment with the free-spirited singer/songwriter who’s made him feel alive again.

Tori Cassidy has had it with dishonest, cheating playboys. Alaskan bush pilot Finn Brannigan is exactly the kind of man she can envision building a life with. Hardworking. Honest. Ordinary.

There’s just one problem: Finn is lying about who he really is.
more
Amazon Other stores
Bookmark  Rate:

'Finn' is tagged as:

The '7 Brides for 7 Brothers' series

Buy 'Finn' from the following stores: